A couple summers ago I went to visit my cousin Christina when she was spending the summer giving tours to prospective students at her school.  Christina went to a very, wealthy school in one of the country’s richest areas so the student culture was not very diverse.

Suffice to say I had been drinking quite a bit since we had left a family party at her house so I was already feeling pretty nice when I got to her dorm. Got introduced to her roommates and had some dinner and then started to get into some drinking games in her room. College standards, flip cup, kings, nothing new and exciting that we haven’t seen before.  We were pregaming for a party that was going to happen down the hall that night that was supposed to be a lot of fun (remember when dorm parties were “fun”?).

Naturally, Christina was trying to hook me up with one of her friends the whole night. Friend was a .4 so I was not about to buy in before going out and seeing what was out there (unless its Anacott Steel then I’m not buying low [I hope one of you gets this reference]).

So we head over to the party about five deep and show up at one of your standard dorm parties. I was pretty excited because there was almost a 50/50 ratio of girls/guys which was NEVER seen at my college. As I scanned the room I saw that there was one really cute blond girl (we’ll call her CBG) amongst a large amount of .4s at the party so the target was acquired. I had literally know what the social dynamic was of the room at the time but apparently CBG was the class President and an all around “good girl” (what a surprise I was hitting on a prudish girl). My other problem was that this party was dominated by some lax and football parties that actually went to the school. I was just a random outsider who was kind of drunk and didn’t know anyone except for my cousin.

This was a special night because it was the first time that I was introduced to slap cup, an amazing game that involves embarrassing others and drinking a lot of beers, two of my favorite things to do. Naturally I was ecstatic to be holding my own at slap cup after getting completely destroyed in flip cup and started to brag and be a douche bag (a real stretch from normal character).  Part of this douchebaggery was projected at CBG since I wanted to come across as a “cool tough outsider” (I’m an idiot).

While it made no sense to me, CBG actually started to respond positively to my “negging” and started giving it back to me. Nothing better than a girl who gets competitive about pointless things like drinking games, I’m not sure why but it gets me every time.  This goes on for about an hour before the game subsided and my two of my cousin’s friends decided that they needed to go to the 7/11 to get cigarettes. Randomly (this is how awful my game is) I ask CBG if she wanted to go with them to the store and for some reason she agreed.

Sidenote: If a girl agrees to go with you somewhere as random as a cigarette trip when neither of you smoke you should just go to her room. She wants to hang out with you, she doesn’t want to grab a late night Slurpee.

So we jump in a cab with the two kids on the way to 7/11 and almost immediately CBG starts exploring with her hands. Oh hello there. So we start making out…in a taxi. I’m real classy. The exploring continued until we reached 7/11 where we decided to not make out while sitting in a parked car and only a cab driver (I’m not upset about that decision). We leave 7/11 and start making out again, I’m pumped, definitely going to hook up with this girl, what a great cousin I have inviting me to a party at her school and introducing me to this very nice blonde girl. 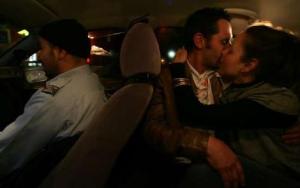 However, Self Sabatoging Ryan came out of nowhere to “do what he does.” The four of us go back inside the dorm and I stop and talk to CBG and literally have one of the biggest fails in my life.

CBG: Hey I think that I’m going to go upstairs and get changed.

Ryan: Okay cool take your time, I’ll be over at the party hanging out.

Literally just threw away a GOLDEN opportunity with a smokeshow, what a horrible horrible move that I actually still regret to this day due to the sheer mindblowingness of the situation. One of the many occurrences where I didn’t listen to what the girl was actually saying, but instead just wanted to continue to drink. Pat on the back Ryan.

Endnote: After leaving her I went back to the party where I was greeted by about five unhappy bros:

Bros: What are you doing here?

Drunk Ryan: Just wanted to see if you guys wanted to drink more

Bros: I think you should get the hell out of here right now before we kick your ass.

Apparently CBG was the girlfriend of one of those dudes and I snaked her away from the party and from him. Oops. Also, apparently my cousin claims I ‘ruined her social standing’ based on the fact that I left the party with that girl. I’m happy to say that she has since regained it, and that she was able to laugh at CBG while she gave a speech at graduation. While it sucks that I didn’t seal the deal, you have to laugh at yourself and simply get it right next time.