Sorry For Being Such a W[r]ench… Sincerely, Sarah 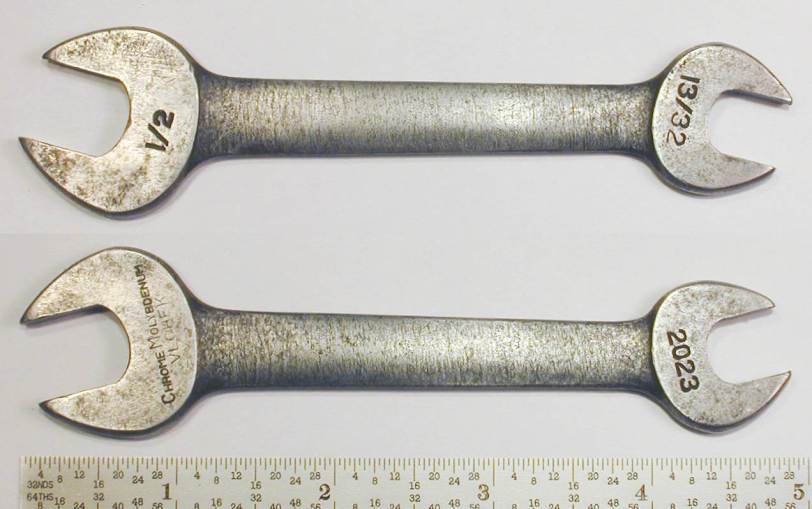 Ryan has these theories… and I hate them.  Don’t get me wrong, ladies… I spend a fair amount of time huffing and puffing about them, but only to come to the conclusion that the reason I get so mad is because as outrageous as they may be… a lot of them are pretty spot-on… UGGGGGHHHH!!!

Binary Scale – .4’s really do try the hardest, we’ve all seen it.

Turn and Burn – I have yet to witness this first hand, but the coffee break stories that result from it are absolutely ridiculous.

But let’s talk about his most recent post: The Wrench Theory… when he first introduced me to The Wrench Theory on one of our coffee breaks, I was livid.  As with every single one of his theories, he presented his case.  I eye-rolled the shit out of it.  He continued to present his case using real life examples.  I made fun of him and responded “Of course you’d say that – you’re a guy.”  He would end the conversation saying, “Alright.. whatever you say, but you’ll see.”  Then a week later, BAM.  I’m telling him about guy woes and I prove whatever theory he was trying to explain to me.  The Wrench Theory being no exception.

Here’s a classic ‘Wait, what?’ Wrench story… I’ll go ahead play the role of the W[r]ench.

Three years ago, I started dating The Ex and it was head over heels loooooooove.  Around that same time I met my best friend, All-Star.  The Ex was awesome and I have never been more attracted to every single thing about a person in my life.  For all intents and purposes, I was not attracted to All-Star… he was absolutely hilarious and the life of any party, but also never made a move on me (outside of the best drunk dial of all time), was about 30 pounds overweight, had a horrendous drinking problem, was 29 (I was 23 at the time) and he just didn’t have his life together.  All-Star wasn’t even a second thought, he became the best friend… and an incredible best friend at that.

This is All Star…. before he met me

The Ex had a bit of a ridiculous career and we ended up doing long distance for a year.  I hated every second that I was away from him, but I’m the queen of independence and we made it work…. pretty much all thanks to All-Star.  When The Ex didn’t want to talk to me on the phone, who was there asking about my day?  All Star.  Who took me out for dinner/drinks? All Star.  Who came and hung out at my apartment to watch horrible television with me? All Star.  Who took me to concerts?  Who showed me off to his friends?  Who invested time in my family when they came to visit? All Star, All Star aaaaaaaaand….. All Star.  Wtf was I thinking, right? 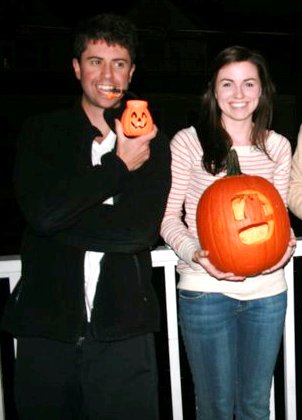 Two years had passed and The Ex was on his way to proposing.  We went on the date that he planned for the proposal in Newport, RI except when we were driving back to The City, I was blindsided with a breakup.  Obviously there are a lot of details, but the most important detail is he took the next exit on the freeway (as requested by me), I got out of the car… we exchanged a few words and went our separate ways.  What thatmeans is he left me in a parking lot an hour away from my house… in the ghetto.

really great guy though…. (ahem… not)

This is the point of my life where I’m abandoned/stranded/dumped (quite literally all of those things) by an asshole that could give two shits about me.  I tried everything I could to avoid it, but I literally had no other option…. who did I call crying hysterically to come get me?  You guessed it… ALL STAR.

Within two weeks, All Star confessed his undying love for me… apparently he knew he loved me before we even met.  The classic ‘saw you from afar, asked who you were, had to meet you…’ Of course.  While I spent two years committing my heart to an asshole, All Star spent two years getting his shit together – new job, sobered up, lost weight, etc etc etc.  Take a look at this picture comparison… the top picture is me in a relationship with the asshole (just weeks before I was dumped) and All Star figuring life out. The bottom picture is from this summer – a recreation of the top picture exactly one year later (after I had been single for almost a year just to put it into perspective):

I truly wanted to give dating All Star a shot, but my heart was in no condition to let another guy in… so we continued quasi dating for about six months.  I was obviously very hesitant and not wanting to make another commitment so soon (read: totally wasn’t over The Ex), but All Star was All In and ready to put a ring on it… he reminded me of this daily.

Important sidenote: Remember MT?  From The Cowboy Boot Wedding?  Well that wedding was in March, and seeing him again provided me with this huge revelation….

All Star = Modern Day MT…. history was repeating itself!

I’ll spare you the details of how MT and All Star are quite literally the same person… but just know that it’s RIDICULOUS.  Like down to the shape of their mouths.  ANYWAYS… I got back from the wedding realizing that I was making a huge mistake with All Star and I needed to go all in, no regrets.  Well that’s what I thought, at least.  I met up with All Star to share the great news!

I started with something to this effect:

“… and so after seeing MT I realized I’m making the same mistake again, but this time with you and I don’t want to do that; I don’t want another regret and I can’t lose you.  You’ve been there through everything and I can’t tell you how much I love you….”

Then somehow this happened and I went into full-on Grade-A W[r]ench mode.

“….you need to know that I love you, but at the same time I am confident that I made the right decision with MT based on where I was at that point in my life.  So I have to stick with where I’m at at this point in my life and not be with you, because I believe in timing and I believe everything happens for a reason…..”

“So let me recap what you just said – you realized you made a mistake from MT, you don’t want to have that same regret, yet you’re going to do the same exact thing…. again…..?”

Yeah…. I guess that pretty much sums it up.

To this day I still have no idea what I was thinking or why I’m not with All Star… so from the biggest W[r]ench of them all, to the entire male population: I AM SORRY FOR THE W[R]ENCHES!!!!!!  If anyone out there figures out how to prevent the W[r]ench please let me know!!!!!

meanwhile… this is the most recent pic tagged of All Star on Facebook… maybe I should give him a call…..

5 thoughts on “Sorry For Being Such a W[r]ench… Sincerely, Sarah”