How Many Men Does It Take…. to get my car off a hump?

There’s two things that pretty much define who I am:  I have no shame and I am cheap.

Hahahaha that came out wrong, let me reword… I was going to erase it, but that opening is just too funny not to leave up.  The reason I say I have no shame is because I have absolutely no shame in going to do fun things on my own… going to a bar alone, going to an art show alone, going to an outdoor pipe organ concert alone, etc… I really do genuinely enjoy spending time alone.  Along with that, I am probably on the list for The Top-Ten Cheapest People on the planet… meaning, I don’t like to pay to have fun.  I can make an afternoon of sorting cotton balls the best time you’ve ever had in your life, so paying to see a movie, paying to go bowling, paying cover for a bar?  Forget it.  I’m taking me and my fun self elsewhere!

I recently moved to a city that is dominated by military presence and there are a number of military bases around.  One of the Marine bases was having an air show this weekend and I may or may not have had it on my calendar since July.  ‘Merica.

In true Sarah form, I went to a divey taco shack, grabbed a burrito and a Dr. Pepper, and went in search for a place where I could watch the show and have a picnic on the hood of my car.  The USMC and local police department did everything they could to prevent people like me from getting a free show… but they completely underestimated the power of being cheap.

All roads surrounding the base were blocked off with orange cones and “No Parking or Stopping” signs everywhere.  On top of that, police were out in full force catching all the bad guys (the me’s of the world, if you will) that refused to pay $10 for parking and $13 for general admission… after being intercom’d at a number of times by various police cars for pulling off and stopping on freeway ramps/exits, I found an abandoned (free) rocky/dirt lot with roughly 20-30 cars posted up.  Awesome.  I knew this was a free spot because there was a mound of dirt attempting to block people from parking there… there is no dirt hump can stop THIS girl from free[dom]!!!

I surveyed the lot and judging on how many people were there, I figured ‘Surely I can get over this dirt hump.’  What I failed to take into consideration was that every single vehicle in this free lot was a truck… a lifted F-Something-50 Truck.  I drive a 740iL BMW… don’t get me wrong, it’s a tank, but a tank not intended for the rocky/dirt terrain surrounding a Marine base.  My car got stuck on the hump.  A couple of Hispanic men laughed and made fun of me in Spanish, but within three seconds were behind my car and pushed me over the hump… I thanked them tremendously and laughed at myself and posted up to enjoy watching some baller aircrafts.

One burrito, three hours, a few tears for America, and a Blue Angels show later… it was time to go.  I had completely forgotten about the dirt hump, and as I pulled up to it a man said “Hey – you think you’re going to be able to make it out of here?”  I laughed and said “Well, I got in so I should be able to get out, right??”  He shrugged and posted up for the show… the post-airshow-encore-show, starring me.

I stopped before the dirt hump to survey my plan of attack and figured if I floored it, maybe I would just soar over the hump and be free and clear.

Yet another flawed theory.

There was no soaring, just sitting.  The middle of my car was resting on the hump while my back tires weren’t so much as touching any ground.  Great.  Now, I guess it’s obvious… but I’ll go ahead and say, I can be a bit of a clueless driver and I KNOW NOTHING ABOUT CARS.  I do know, however, that unless you’ve got some kind of Chitty Chitty Bang Bang thing going on with your car, it will not move when your tires are not on the ground.  Thus a crowd gathered.  Not to see Chitty Chitty Bang Bang (everyone knows that shit’s not real), but to see the Gringo in the JCrew dress driving a Beemer make an ass out of herself.

One man after the next came to help me.  My final count was 14.  FOURTEEN Hispanic men and 1 me.  They did everything from putting rocks under my back tires, to pushing on my back bumper with all of their might, to four of them jumping on my trunk as I pumped the gas… nothing was working.

One man asked me if I had a snow shovel… nope.. nope I don’t… 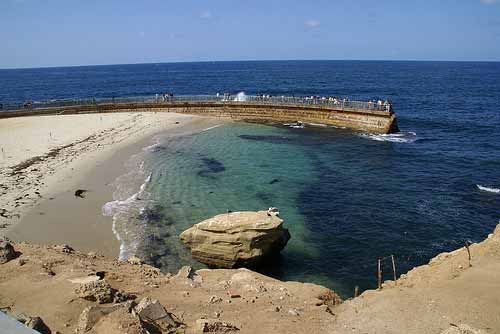 I have no idea why I don’t keep a snow shovel in my car… oh, that’s right.. it’s because I live here.

This is the point in the story when the families of the men that are helping me are saying things to each other in Spanish, laughing and kids are TAKING PICTURES.  After about twenty minutes of this, a tow rope surfaced and a navy blue F150 was in front of me.  Yes, this was happening.  With the strength of 13 men and 1 navy blue F150, I was out of the lot.

Once I got over the dirt hump, I got out of the car and thanked all of them profusely… seriously, what would I have done without them?!  I saw one of the wives about to start clapping, but she quickly stopped when I gave her the ‘Too Far’ stare (you know the one… hahahahaa that’s so funny!  Ok now that’s too far and I’m going to tell you with my eyes).

Moral of the story, the reason I am single as detailed on October 14, 2012 is all because of my lack of shame and my cheap ass driving over a dirt hump… In other news… checkout some awesome pictures I took of the airshow on my phone! 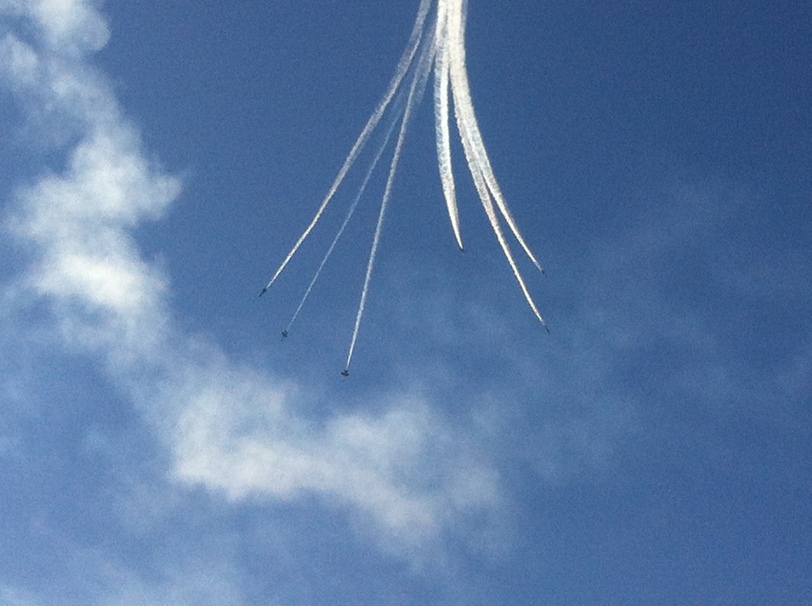