Pet Names That Lead to ‘Breakups’ 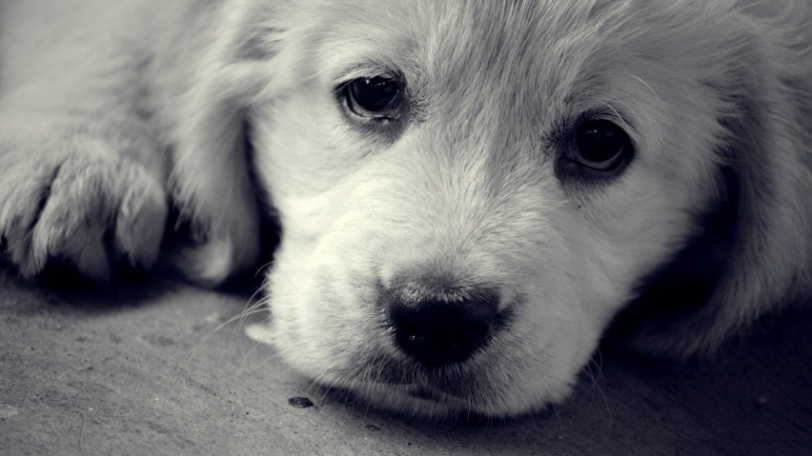 I’m one of those people that quite often finds myself breaking up with guys without ever having realized I was ‘in a relationship.’  To put it in perspective… in my lifetime I have called two guys my boyfriend.  In my lifetime I have broken up with roughly sixteen guys.  Something doesn’t add up there and I think it’s pretty obvious that I am the common denominator.

This time I’m at least getting a bit of a forewarning.  As you are aware, Toga Teddy and I met on Halloween.  Of the 28 days, 1 official date, 4 nights of playing Dance Central on Kinect with his roommates, 1 barbeque, 3 sleepovers, 1 day of errands and 2 breakfasts that I’ve now known him… he goes on to tell me by the fireside last night that he told his parents about me over Thanksgiving, saw my gut wrench reaction and followed up with ‘…but all I said was that I’m seeing someone and her name is Sarah’

I’m sorry, what?  I guess I shouldn’t be surprised… there were a few red flags that led up to this that I swept under my non-relationship rug:

Premature pet names.  In a text to me he addressed me as ‘Dear.’  Cute and endearing, but totally not my thing.  I don’t mind pet names from someone I’m actually in a relationship with and that are specific to our relationship.  But back to the issue: can someone tell me at what point you get to ‘Dear’ level??? Aren’t there other pet names that lead up to ‘Dear?’  In my head the progression of a non-personal pet name would look something like this: Sunshine – Shortay! – Babe – Cutie – Boo – Sweetie – Sweetheart – Dear… No? just me?

You’re cute and all, but I’m so not ready for you to call me ‘Dear’

As I was leaving his house one night he said ‘Text me when you get home, okay?’  This had potential to be sweet and cute, except in true Sarah fashion, my response was ‘Seriously?‘  Whoops.  I apologized to him for being rude,  after all… what a nice gesture!  But let’s be real for a second here… I live a mere fifteen minute drive from his place, no one had been drinking, there was no snowstorm, it wasn’t even late… Why tf am I texting you to tell you I got home safely?  And don’t even get me started when people end sentences with ‘okay?’

Have a good day, Okay?

Kiss introductions.  He has two roommates that are pretty awesome and I like hanging out with the three of them at their place (also helps that they have a hot tub, an awesome patio, he’s an INCREDIBLE cook, and they have a boy tv with cable (I am tv-less) and Dance Central 3 (oh and a washer/dryer, too!).  So when I come over, he will open the door, let me in and give me a peck on the cheek.  Ok, that’s fine.  Until the time he invited me over for dinner along with all the guys on his soccer team… I showed up, said hello, started to introduce myself and BAM! He walked up and planted one on me in front of all of them.  Have I mentioned I’m anti PDA??  You’re lucky if I hold your hand in public, sir.  (I’ve been trying to work on that…..)

Airport pickups.  I offered to take him to the airport for his flight home on Thanksgiving.  I definitely insisted and was more than happy to do so.  When he missed his flight home due to bumping into an old friend in the terminal and that flight was the last flight out for the night, who does he call to come get him?  This girl.  Again… I definitely didn’t mind and there’s no way I would have let him stay there overnight, but I’m not sure if that fits within the typical 21-days-of-knowing-you time frame.  We texted here and there (the three whole days he was gone) and I made plans to pick him up Saturday night.  He texted me to tell me that he changed his flight to get in Sunday afternoon, and that one of his roommates could get him if I already had plans.  Not wanting to have to build my Sunday around his flight schedule, I said “Ok, that sounds great – let me know when you’re back and maybe we can do dinner tomorrow night”  to which his response was “Well my roommate can come get me, but his family is in town and I’d rather see you ;)”  Ugh.  Truth be told, I had nothing going on and wanted to see him so I ended up going to get him.

not quite the airport pick up we experienced. MB.

Meeting the fam.  My mom, her new boyfriend (that I’ve never met), his two grandchildren (?? getting more awkward), my brother, non-blood brother, non-blood nephews, and non-blood sister were going to have a bonfire on the beach when everyone got into town.  It came up in conversation and Toga Teddy invited himself along… I’m sorry, what?  I don’t see the need for you to meet my family.  I couldn’t find a way to say it explicitly but he took the hint and totally understood.

my Instagram of the sunset that night… gorgeous, eh??? 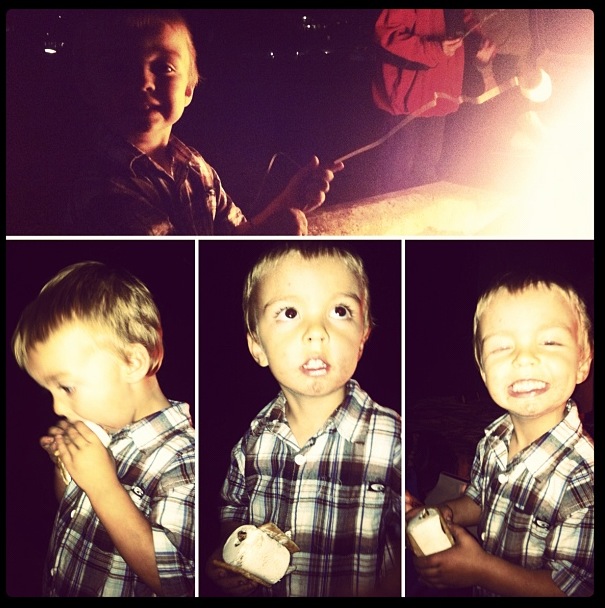 Sorry, totally can’t help myself… But I taught my non-blood nephew how to make/eat his first s’more! I’m a proud Auntie 🙂

Unintentional meet the fam.  This one is totally my bad… A couple of my friends and I go to Taco Tuesday together just about every week.  They’re married (and awesome/hilarious) and always want to meet the guys in my life… I have yet to bring any of them to Taco Tuesday.  I decided to give it a shot with Toga Teddy and invited him along.  Next thing I know, I got a text from my brother (who has never attended a Taco Tuesday with us) saying that he was free and asked what time he should be there.  K texted and asked what I was up to.  Toga Teddy responded and said he’d love to go.  He also brought his roommate and roommate’s sister.  Quite the family affair if you ask me.  Toga Teddy treated this as a formal meet and greet while my brother had barely even knew this guy’s name.  It all worked out, but my gosh… we’re not even dating! 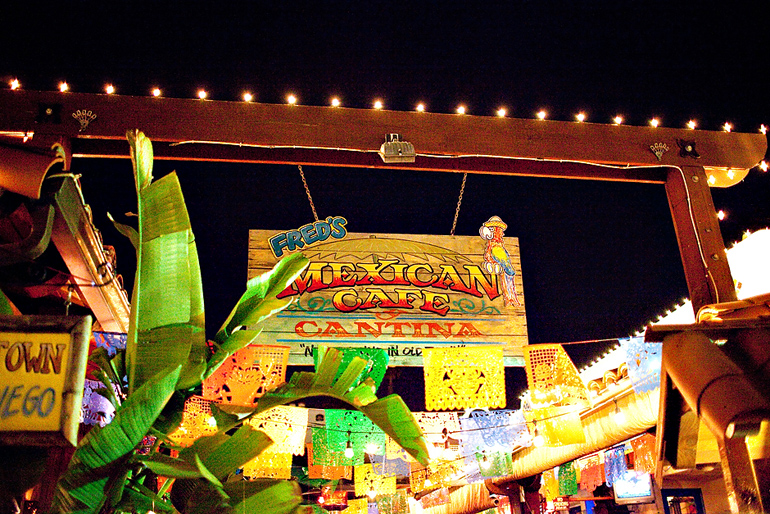 That’s when K held an intervention with me to tell me that yes, I am dating Toga Teddy.

I consider this my friend group

How did this happen????  Of course I can’t say that I don’t like him… but actually dating?? Relationship??  Run awayyyyyy!

When I write it out I’m making myself sound way more harsh than I actually am, I definitely make an effort to see him and it isn’t at all one sided (my apologies for making it sound that way), but as I stood in Home Depot with him yesterday looking at different types of wood for the flower box that we’re going to build together… (who am I?!) I couldn’t help but wonder how we got to this point in less than a month.  I had the revelation that this is just a little too much for me and I’m going to have to trust my nausea that results in his ‘dears’ and public kisses, and overly-eager-family-meet-and-greets as a sign that I’m just not really feeling it.  Womp womp.  Onto the next!!

16 thoughts on “Pet Names That Lead to ‘Breakups’”