By Can I Get ur Number?? January 29, 2013 bad daters building forts can i get your number? Chipotle dating Phantom Tollbooth texting 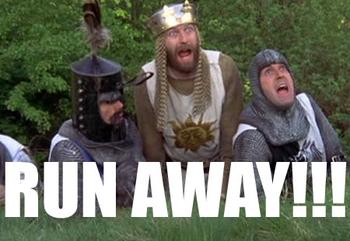 Where did we leave off?  Oh yes… I met my soul mate.

::Spoiler Alert:: He is the worst dater eveeeeeeer.

The morning after our fort night I walked him to the closest subway station and we said our goodbyes.  He ended up finding me on Facebook that same day, sent me a message asking for my number and said he felt like an idiot for not remembering to get it that morning… ok not the smoothest thing ever but we’ll take it. 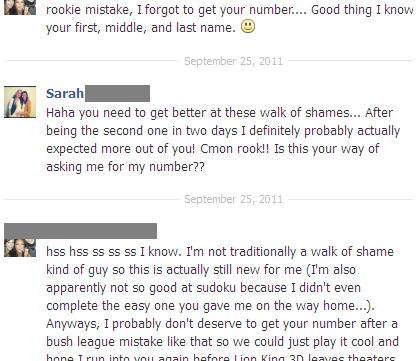 From then on it was impossible to make plans with this guy.  Everything was last minute and/or resulted in wandering aimlessly through The City and him struggling to find something for us to do.  Newsflash: sometimes wandering aimlessly is fun, especially when I like you… quit trying to move on to the next thing!

One Wednesday night he invited me to go to this underground swing dancing deal.  Ok, swing dancing… totally not my thing and I find it to be a little nerdy to be honest… but I was excited for Bawesome to actually develop a plan so I agreed to meet him at 9p.  I happened to already have a date planned that night (whoops!) so I met up with Date1, ate dinner, had drinks, great… 9p… gotta run! Yeah, let’s definitely do this again sometime!

I texted Bawesome to tell him I was on my way and he said to just come in and find him in the place.  Need to interject real quick and tell you I was prrrrrrrretty tipsy from Date1.  Anyways.  I walked down the stairs to this basement bar with low lighting/exposed brick/modern tunes DJ with a great beat and 40+ people ALLLLLLLLLL DANCING.  I stood there completely captivated…. it was like I had walked into a 1950’s movie set in modern times! 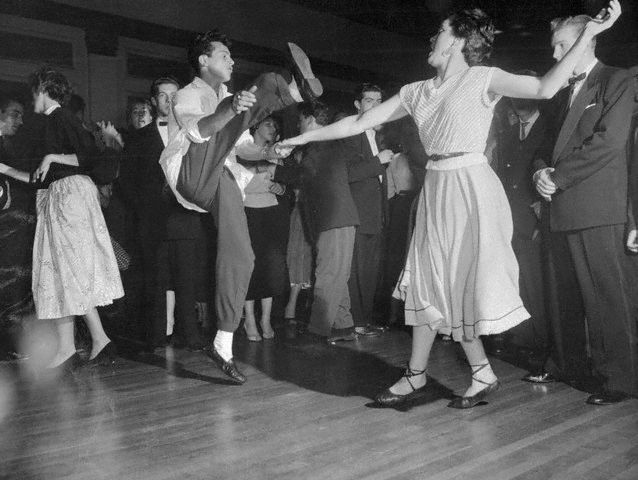 I started looking around for him as I was instructed (why didn’t he just meet me outside??), but before I could find him a guy grabbed my hand, said “I’ve never seen you here before… is this your first time?” and started twirling me.  Had I been sober I probably would have politely twirled away to find Bawesome but Tipsy Sarah was jaaaaamming!!!  During the song I found Bawesome and he looked surprised to see me dancing with another guy…. I shrugged at him and laughed and he did the same… there was not much else I could do in the moment!

As that song ended I saw Bawesome making his way towards me but before he could get to me, a DIFFERENT guy took my waist and started twirling me for the next song.  Rather than try and jump in, Bawesome grabbed a girl and danced with her but kept his eyes on me the whole time and stayed close.  Finally… the next song started and Bawesome swooped in and snatched me up before anyone else could.

Amends were completely made when I had theeeeeeeee besssssssssst timmmmmmmmmmmmme dancing with Bawesome (mostly thanks to Tipsy Sarah).  I showed him all my new moves (I was terrible), he taught me a few moves and showed me his… and twirled me.  I’m just going to say it… a guy that knows how to twirl me will steal my heart EVERY. TIME.  He kept me for a few songs and then as he put it, ‘released [me] back to the wolves’ and truth be told I had a great time swing dancing.

After that night Bawesome told me he really liked how I held my own in a place where I knew no one and still had such a great time… ummm duh!  Do you know me?!  At least he semi-recognized the awkward situation he put me in…. I’ll take it.

Bawesome and I would text here and there.  We’d meet up for more awkward wanderings with no plans, blah blah blah.  It had been about two months of this and the fort and the swing dancing were the only good things going on…  I sensed he was losing interest (I definitely was!) so I was ready to cut my losses.  Until he told me how The Phantom Tollbooth was playing at one of the local theaters near my place and asked me if I wanted to go.  Favorite childhood book EVER?!?!? Done!  A plan?!?! About freaking tiiiiiiiiiiiiime.  Theeeeeen the wrench:

“Great!  I’ll get a group together and we can all go!“ -Bawesome

Huh?  Why tf are you getting a group together for this??  The day of he texted and said he couldn’t get a group together (shocker) so it was just the two of us.  I decided I would power through this last time and cut my losses after this show.

ok but seriously.. best book ever.

We planned to meet up at the subway station near the theater.  He texted me two minutes before our meet time and said he got held up on campus and was running a little behind.  Nbd.  What exactly is “a little behind” to him?? Oh yes… 35 minutes.  At minute 20 of standing in sub zero temperatures without hearing from him I sent him one of the worst texts I’ve ever sent in my entire life:

“Hey – it’s pretty cold out here.  I’ll be in Bed Bath and Beyond looking at crockpots.”  -Self Sabotage Sarah

If that doesn’t scream let’s-get-this-date-the-fuck-over-with I don’t know what does.  He finally showed up and we missed our dinner window… what did he suggest?  Chipotle to-go … take the burritos in his backpack (?) and eat in the theater.  Wooooow.  I was beyond shocked as I ordered my burrito… but should have held out because when the guy behind the counter asked if we were paying together or separate, Bawesome’s response was “Separate.”  Really??? An $8 burrito… coooooooooome oooooooooon.

I couldn’t even talk on the walk over… I was still in shock/completely offended.  I get that you’ve lost interest but not forking up $8 for a shitty chain burrito (when there are tons of awesome local spots nearby) is just plain degrading.  I finally found a way to make small talk and said “So how are our seats?”  He had told me he bought tickets online, but turns out “there were a lot of open seats so [he] just figured we could buy them at the door.”  Alright…?  Guess I’ll be buying my ticket too.

We got up to the ticket counter since we are both 25 year olds that look like high schoolers we got the student rate… $10/each rather than $26!  Since I already had to pay for my $8 burrito I grabbed my wallet and pulled out my debit card so I could pay for my ticket.  In that moment, I kid you not, the words out of his mouth were:

“I’ll let you get this one” -Bawesome

I’m sorry, what?  This one?  Implying you expect a next one?  Oh hail no.  I picked my jaw up off the floor and handed over my card in utter and complete shock.  Whatever… paying $20 was worth getting this over with.

We walked in and he bumped into a family he knew… he talked to them for a few minutes and never introduced me.  We went to find our seats and he proceeded to treat me like his mother… taking off his coat and PUTTING IT IN MY LAP.  Then putting the programs on top of that as he DUG THROUGH HIS BACKPACK TO GET OUT THE BURRITOSSSSSSSS.  I told him I did not feel comfortable eating the burritos in the theater and would prefer to wait till intermission (never thought I’d ever have to say that), put his coat on the chair next to me and the show started.

The show was fine.  There were more awkward moments but you get the picture.  The show ended and I was ready to bolt…. I snuck a text to Wayne to find out what bar I could meet them at.  Bawesome was obviously clueless as to how rude he had been and said…

“That was great – so what’s next?? Do you want to grab coffee or something??” -Bawesome

Wait, what?  I was in shock…. so is this him wanting to continue our night??? My gosh.  I am generally upfront/blunt/honest to an extreme but I couldn’t even handle it…. our conversation went as follows:

Bawesome: Oh ummm… I mean… I guess I could call and see what my roommates are up to….?  (begging me with his eyes for an invite)

Me: Yeah.  What can I say, I’m a supportive friend!

B: Haha alright – well I can’t wait to see you again!  Let’s do this again soon – I’ll give you a call this week!

That was the laaaaaaaaast time I went out with him.  We have a number of mutual friends so I’ve seen him around.  He’s even been in my New City and texted me for rides to the airport… of course.

But that terrible date led me to the night I met Marine Jeff so I guess it wasn’t alllllllllll that bad.