Dating: Rules of Initiation for Dudes

By Can I Get ur Number?? February 6, 2013 bars dating girls guys relationships Single Life

So in case you missed Sarah’s post on it she gave some rules that girls should use when guys approach girls out at bars (in summary):

I totally agree with these rules and would encourage girls not to play stupid games with guys (especially girls of my alma mater) and be genuine with the people they are talking to. If you aren’t interested let them know so you both aren’t wasting your time with something that is going nowhere. Be real with guys and give them a shot to impress you, you may just be surprised.

In response, I figured that I should give some advice to guys (and myself while I am sober, not at a bar, and not whining about a girl):

While I am a HUGE fan of stupid pickup lines, it’s scientifically proven that the most effective way to start a conversation with a girl is just being yourself and saying “Hi” (not sure if that is actually science but trust me). I usually bring up stupid pickup lines later in conversation because they are funny and they are a way of making fun of the guy  who are actually using them (Hi senior year spring break Ryan!) and failing miserably.

Proud of You, 21 year old Ryan

While I would like to say (reallly would like to say) that I go home with most girls that I meet that night, that is far from the truth. Girls like attention and like things to take some time to develop. The ones worth talking to don’t want to be labeled a slut or the butt of that week’s conversation amongst the bros (he went home with her fist night, blah blah blah) so usually they will make you work for it. Some will make you work too hard, those are the ones that are Slowplaying you. Which brings me to my next point.

Patience Kimosabe, these things take time to develop. Pick the ones that are worth your while and allow it to happen, just continue to live your life in the mean time. I sniffed out that a girl that I went on a couple dates with was trying to slow play me so I continued to have fun (see my time in Brooklyn and one other night I have to blog about). Low and behold a few weeks later the girl completely flaked on me and we are barely speaking. Glad I didn’t let her stop me from having fun.

Sidenote: Kind of lying there, I didn’t do anything on new years because of her. Dammit.

If you need attention (like I usually do) use something like Tinder to get the attention and ego boost that you need. Texting the girl too frequently will make the girl think that you are too desperate and, in times, a “creep.”

Sidenote: Literally the most frustrating name a girl can give a guy, he isn’t creeping he just isn’t interested in you. You don’t need to get a restraining order you need to build a bridge and get overrr itttt. (rant over)

The whole “Less is More” philosophy comes in here, make your texts meaningful and DO NOT double text. If you need more guidance check out my rules on texting (potentially my best post, no big deal). 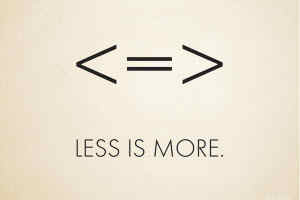 Completely dismiss all of Sarah’s worrying girls away from alcohol. Do you know why she’s saying that? Because it works! Whether it is the idea that they are looser because they are drinking or the fact that they are actually drunk, girls are much more open about their feelings towards you when they are drinking. Obviously not saying “Target the drunk girl!” but am saying that girls go to settings where alcohol is served for the same reason you do; to meet people.  Whether its yourself or the alcohol that gives you the courage to throw your buddy at a girl he wants to talk to or simply gets you to take two steps over to talk to a girl you’ve been eying, don’t wimp out and miss the opportunity to talk to her!

Sidenote: True story, at a middle school dance I was nervous to ask a girl to go out with me so for courage I ate a bag of Skittles…it worked.

Sometimes you are in the zone and you black in to yourself making out with a girl (we’ve all had those nights…hopefully not just me…) but usually you want to be of sound mind when engaging in discourse with the fairer sex. Class it up, don’t be falling over! A couple of beers is okay, you are after all at a bar, but try not to hit the bottle too hard. Believe me, Blackout Ryan and I can attest to the many failed conversions we’ve had due to alcohol.

I think these are reasonable words of wisdom, try them out in the field and feel free to add any comments below that you think can help other readers or me!

2 thoughts on “Dating: Rules of Initiation for Dudes”